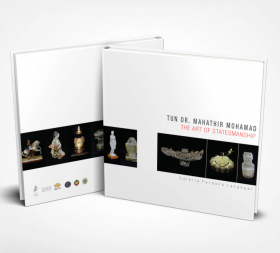 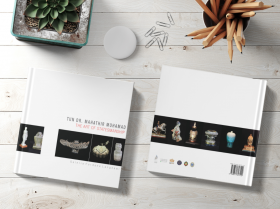 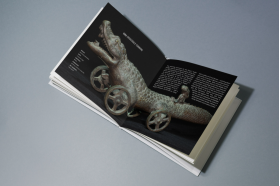 This first publication of Galeria Perdana Langkawi’s collection is considered as one of the most important sources that housed extraordinary national and international collections across multiple continents with more than 10,000 objects, works of art and specimens to discover. A collection by Tun Dr. Mahathir Mohamad, the greatest Malaysian-known Statesman, it is the realisation of his vision to share and make Galeria Perdana Langkawi as a gift to his people.

It is also a centre of knowledge that serves as a treasure chest for visitors and a guide to the most fascinating aspects of his achievement and his legacy. It is considered as the first of a series of museum in Malaysia that manifests the reputation of a national leader with his aspirations and idea of mankind, political and cultural diplomatic globally.

In order to start with this project, Yayasan Hasanah and Yayasan Wiba Prima feel proud to take an initiative in collaborating to document the important collections of Galeria Perdana. A project that is energetically taken forward to publish the national heritage and its legacy in providing the Malaysian citizens with a key means by which to appreciate and understand the contribution of Tun Dr. Mahathir, the excellence and his vision in bringing the nation forward.

To make it more realistic, the editorial committee decided to select and enhance only 100 objects from the 3,000 items permanently displayed to be documented. The editorial team hopes that it is the beginning in keeping, documenting and demonstrating the artifacts as a symbol of progressive force; observing and interpreting, adopting and passing on ideas nationally and across its borders.